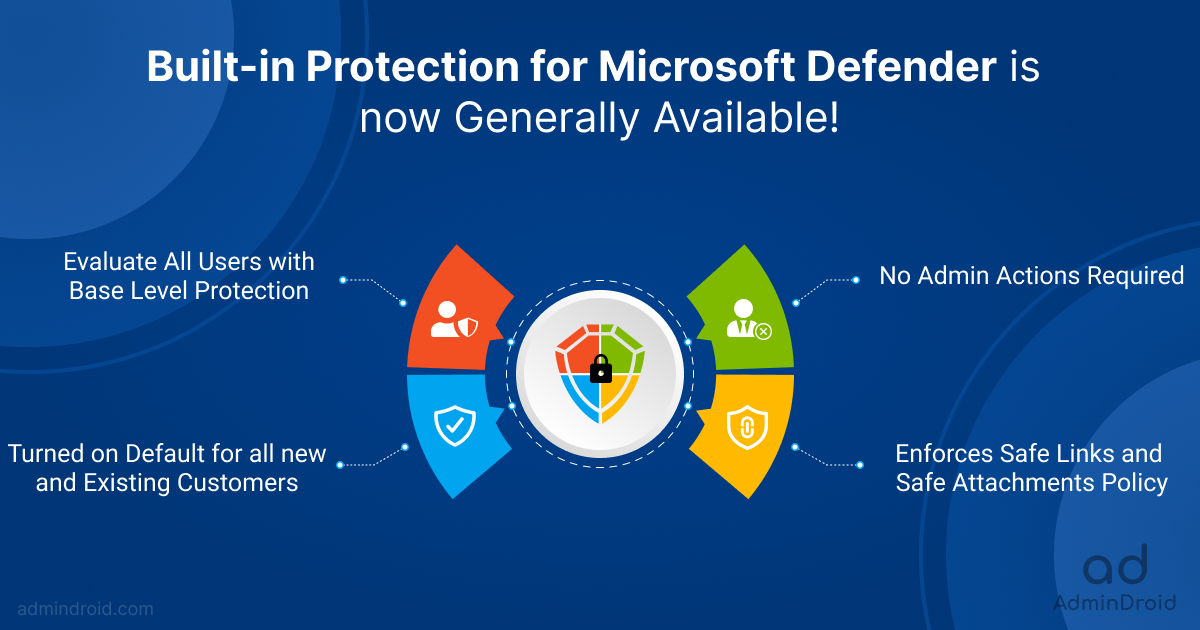 One suite for bringing up powerful protection for the entire organization = Microsoft 365 Defender portal.

Due to the increase in technology and versatility of Office 365 workloads, it is hard for admins to implement security best practices and stay up to date. So, Microsoft launched Microsoft 365 Defender, an all-in-one tool designed to protect users and businesses from advanced phishing attacks, insider threats, and malicious URL intrusions.

However, too many security levels could ultimately limit a user’s ability to work efficiently. But if we err on configuring the security settings correctly, we might leave our workplace vulnerable to attacks.

What are Preset Security Policies in Microsoft 365 Defender?

Later, to the strict and standard protection list, Microsoft started to include built-in protection in Microsoft Defender last November 2021.

However, admins cannot modify the policy actions, they can exclude/ include specific subsets of users and groups. Using this, you can also apply recipients from the EOP protections to Defender for Office 365.

You need the following licenses to implement preset security policies in your organization.

The Rolling Out ‘Built-in Protection’ for Microsoft Defender

By November 2022, Microsoft officially announced that built-in protection is in General Availability. 📢

Generally, administrators assign Standard and Strict protection policies manually. But the built-in protection, the new third preset security policy, is being enabled by default only for the paid Microsoft Defender for Office 365 tenants.

✅ For users with prior standard protection, strict protection, or other customized policies, built-in policies are not considered.

✅Lately, Microsoft rolled out the option to set exclusions for some users, groups, and domains. (This is not a recommended approach).

Overall, the purpose of this built-in policy is to provide users with a baseline level of security.

Microsoft has turned on Tamper Protection as part of its built-in protection and previously sent notifications about tamper protection to get it enabled.

Also, to view the rules that are set along with the Built-in protection policy, you can use the Get-ATPBuiltInProtectionRule cmdlet:

What is Tamper Protection in Microsoft Defender?

Attackers trick users with multiple attacks like MFA fatigue and SIM swapping to gain access to Office 365 accounts. Whenever a bad actor gets into a user’s account, he begins by tampering with it.

Tampering is an illicit technique of disabling the security features/settings used by hackers to start their threatening activities. This is the initial method used to intrude anywhere within your organization.

So, for this concern, Microsoft introduced Tamper Protection, a key technology to prevent users from modifying or turning off Microsoft Defender or any security settings in the organization.

From September 2022, Microsoft started to enable tamper protection by default for all new and existing customers with Defender for Endpoint Plan 2/Microsoft 365 E5 licenses.

What does Tamper Protection Do?

And it prevents security settings from being changed through apps and methods such as:

Now that Microsoft has enabled tamper protection for all users, you can check whether it is enabled or not using the following cmdlet.

Run the Get-MpComputerStatus cmdlet in the Windows PowerShell and check the status of IsTamperProtected and RealTimeProtectionEnabled. The value ‘True’ denotes tamper protection is already enabled.

Tampering with devices and applications can result in hazardous consequences! And therefore, tamper protection was brought up and turned on by default for an entire organization. But if you want to customize the policy settings, we do have a way. ✅

Note: In a hybrid environment, you should give priority to managing tamper protection through Intune rather than through M365 Defender.

The following steps will guide you through creating a policy that enables tamper protection in device types, users, or groups.

3. Next, it’ll take you to select the profile and platform. So, set the choice as below and proceed further.

4. Upon completion of this step, it will prompt you for further details, such as the policy’s name and description. Provide the required details and set the following setting:

5. Further, this will allow you to assign the tamper protection policy to specific users, groups, and devices. So, fill this out as required and continue to Review + Create the policy.

That’s it! Creating a tamper protection policy for specific subsets is done now! ✅Rest assured, Microsoft will block all disabling activities at the organization.

Lock out the cybercriminals in the first step itself! 🚩

To summarize, Microsoft’s decision to add tamper protection to Office 365 and enable built-in protection by default was a good one. As the technology is expediting, Microsoft introducing various security features is paying off really well. Let’s hope for more best security settings from Microsoft in the future! Until then, implement the best Office 365 security measures and stay safe. Feel free to reach us for any queries. 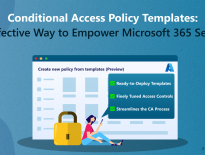 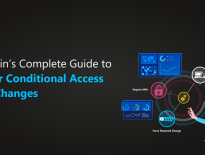